CSI 2017 as Solution for Cyber Security Industry  in Indonesia 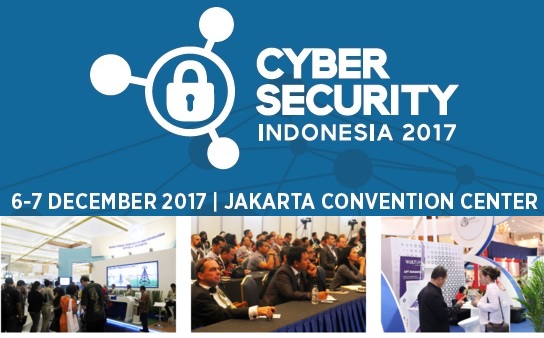 JAKARTA - Indonesia is one country in the world that has a predicate very vulnerable to cyber attacks such as malware, ransomware, or misuse of technology such as hacking and data theft. Whereas, Cyber Crimes can now attack critical infrastructure and harm society.

A real example is the case of cyber attacks attacking infrastructure which occurred in Ukraine in December 2016 and making the country have electricity crisis. It makes the Indonesian Government more aware of the importance of maintaining vital infrastructure along with its entire system from cyber attacks and providing a potential niche in the market for cyber and information security businesses.

Tarsus Indonesia a business-to-business (B2B) based exhibition, convention, and media company capture the bright prospects of the cyber security industry and its business development in Indonesia by presenting a special event titled Cyber Security Indonesia (CSI) which will be held on 6-7 December 2017 at the Jakarta Convention Center (JCC).

"Indonesia has now been recognized globally as one of the largest sources of cyber attacks in the world. Therefore, Cyber Security Indonesia 2017 exhibition is expected to be the best tool to answer the most important issues in maintaining the integrity of information security in the country," said Managing Director of Tarsus Indonesia Didit Siswodwiatmoko.

Head of LEMSANEG Major General (TNI), Dr. Djoko Setiadi, M.Si explained that cyber security is one of the important pillars in Indonesia that has a wealth of information. Hence it needs preventive and defensive action to protect the interests of the state and citizens from cyber threats.

"The action is realized not only through policies and legislation but also concrete actions involving all components of the nation. Therefore the State Cryptography Agency (Lemsaneg) welcomes and supports the holding of Cyber Security Indonesia (CSI) on 6-7 December 2017 and encourages cyber security communities in Indonesia and internationally to participate in the event," conclude Djoko Setiadi.