Indonesia needs Rp 5.300 trillion for infrastructure projects up until 2020 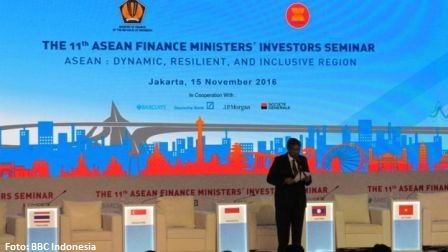 JAKARTA - Indonesia needs US $ 400 billion (Rp 5.300 billion) for infrastructure development until 2020 and only 30% of the budget to be financed by the state budget.

It has been said by Mardiasmo, vice finance minister of Republic of Indonesia in the opening of ASEAN finance minister and investor meeting in Jakarta (ASEAN-Finance Ministers Investors Seminar / AFMIS) on Tuesday (15/11/2016), as reported by BBC Indonesia.