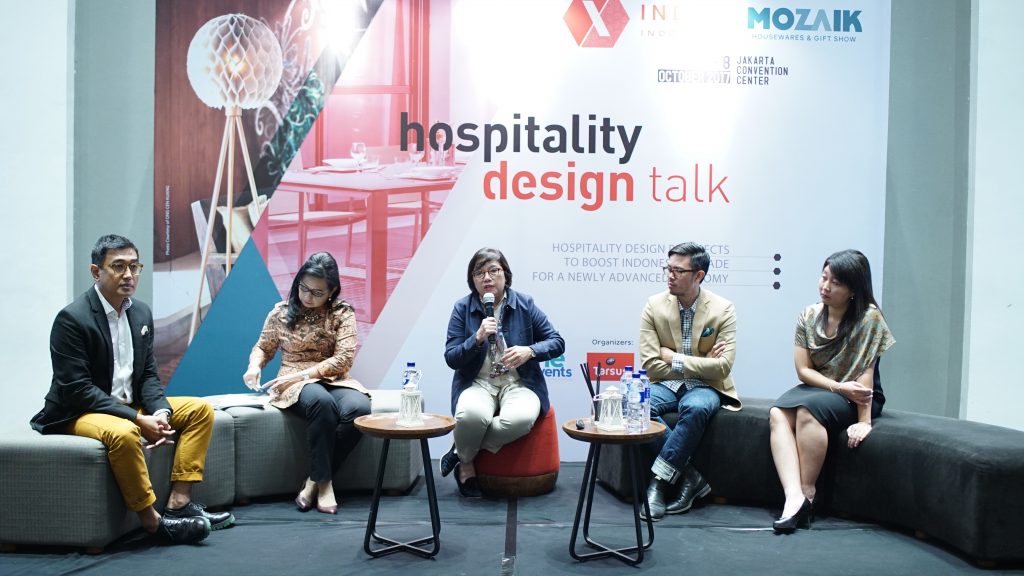 JAKARTA - Nine Events and dmg events – two of the world’s leading exhibition organisers – have joined forces to launch an exciting new interior design show in Indonesia. The event is INDEX Indonesia which will be held in tandem with MOZAIK Housewares & Gift Show, on 5-8 October at the Jakarta Convention Center (JCC).

INDEX Indonesia, the new sister exhibition of the iconic, 27-year-old INDEX Dubai, will offer an unprecedented opportunity for global players in the interior design industry to meet with the buyers they need to expand their businesses across Southeast Asia and Australia. The trade event will focus on nine distinct design areas: kitchen and bathroom, lighting, furniture and furnishing, textiles, sleep, surfaces & finishes, design, workspace and hardware accessories.

The show will be held in tandem with MOZAIK Housewares & Gift Show, a household appliances and gift exhibition, creating the only business-to-business exhibition in Indonesia that concentrates on interior design, home furnishings, housewares and gift industries.

A large population and increasing middle-class society are helping Indonesia affirm itself as the largest and strongest retail market in its region. Market analysists estimate that domestic demand for household appliances will grow 10% this year alone. In addition to that, the country’s geographical location – placed centrally in Southeast Asia and a stone’s throw from Australia – positions it as an attractive proposition for export markets.

The interior design, home furnishing, household appliance, and gift industries are expected to grow in sync with the rising property, tourism and hospitality industries across Southeast Asia. In 2014, Indonesia recorded more than 9.5 million international tourists, and to accommodate the growing demand, more than 15,000 hotel rooms worth more than IDR 1.5 trillion are currently in development. The property industry is also experiencing a significant increase, with more than 22,000 apartment units to be built by 2020.

Retail markets in Southeast Asia are diverse, large-scale, and growing rapidly. It is projected that in 2020 the middle-class society in Southeast Asia will have reached up to 400 million people, all on a steady income. This group will play a major role as potential consumers of the global retail market.

INDEX Indonesia and MOZAIK Housewares & Gift Show are aiming to be visited by 12,000 potential visitors, during the three days of the trade days and 1-day public day. INDEX Indonesia expects the support of more than 200 brands coming from Indonesia and abroad.

Samantha Kane-Macdonald as the Event Director of DMG Events Design and Hospitality, on the press release expressed her enthusiasm in bringing INDEX to the potential Indonesian market, “We’re incredibly excited to be launching the INDEX brand alongside MOZAIK in Indonesia, in collaboration with local partners Nine Events. The region’s increasing demand for international interior products has been underpinned by rejuvenated retail, tourism and construction sectors, which makes this the perfect time to bring the INDEX brand to this compelling and diverse country.”

On its second edition, MOZAIK Housewares & Gift Show will feature more household appliances brands, which is expected to attract more international buyers. On its first implementation in March 2016, MOZAIK Housewares & Gift Show was participated by more than 100 local and international brands and attracted more than 5,000 buyers, of which 16% of them were foreigners.

She said, “We believe that this new collaboration will bring better value for the first INDEX Indonesia and the second MOZAIK Housewares & Gift Show to be held, that we expect to be a meeting point between key players and potential visitors of interior design, home furnishing, household appliances, and gift industries in Indonesia, Southeast Asia, and Australia.”