Home / Government / Airport Train as the Alternative to Reduce Congestion

Airport Train as the Alternative to Reduce Congestion 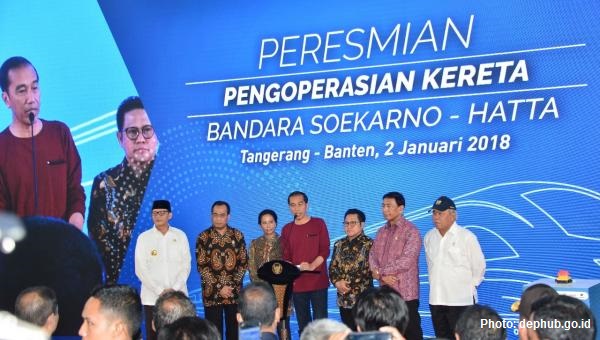 TANGERANG - Soekarno-Hatta airport train which has officially operated is one of the alternatives presented by the government to reduce congestion in Jakarta. The operation of this transportation mode has been inaugurated on 2 January 2018.

This is presented by the President of Indonesia Joko Widodo (Jokowi) in the inauguration of the airport train. As reported from dephub.go.id (8/1/2017), President Jokowi explained, "We know this Soekarno-Hatta Airport Train is one of the provision of transportation mode in Jakarta to reduce congestion."

President Jokowi also expressed his wishes by saying, "In the future, if we already have integration between MRT, LRT, Transjakarta, Airport Train and fast train, we expect people no longer use private cars but all of them move on mass transportation both in Jabodetabek and (mass transportation) that leads to this airport."

On the occasion, Indonesia Transportation Minister Budi Karya Sumadi gave an explanation on the progressive tariff. He insisted that it would be discussed because of a large number of public inputs on the Airport Train ticket prices.

"The price will be discussed again with the relevant agencies because this is in the form of business, we can not force them with low income, there must be sponsorship or subsidy from the government," said Budi Karya Sumadi.