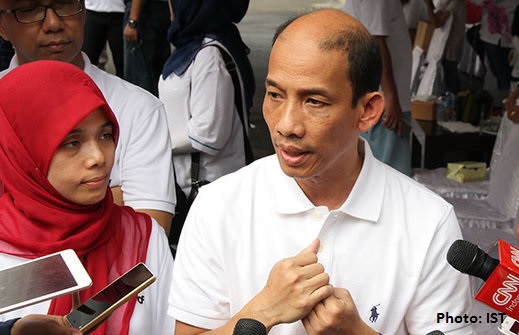 JAKARTA - The Indonesian government is now trying to convert fuel oil into gas. Even so, the availability of infrastructure for gas fuel is not widely available. Therefore, Vice Minister of Energy and Mineral Resources (ESDM) Archandra Tahar requesting to prepare the gas infrastructure first.

This is expressed by Archandra Tahar at the launch of the campaign "Fuel Gas for Indonesia." This campaign aims to promote the conversion of fuel oil into gas, which targeted 5,000 converters could be installed in 2017.

"It's like which one is the first between chicken and egg, but I think if there is a gas supply, to support the conversion it's good if infrastructure such as gas fuel stations (SPBG), gas pipeline network and gas distributor terminal available," said Archandra Tahar as reported from antaranews.com (13/3/2017).

Archandra Tahar explained based on the data, the largest use of fuel contained in the transport sector. Followed in the second position, is electricity, and then the third is household needs.

From these data, it appears that growth in fuel consumption on transportation reached 13 percent per year, while the economy is only 5,5 percent. This shows that the amount of vehicle has been growing at twice each year.

"It is a signal that the conversion of BBM (oil) into BBG (gas) is a priority. There is a subsidy if you rely on fuel oil which grows doubled every year, but it is better if we encourage (the conversion)," he said.