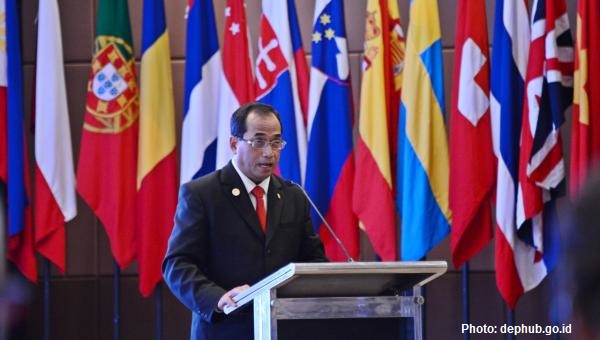 "Today I met with four countries, namely South Korea, Singapore, Hungary and China and the European Union. I immediately delivered some infrastructure projects and them welcome. As with South Korea, we are talking about the possibility of investment related to the operation of some functions of the airport," said Budi Karya Sumadi as reported from dephub.go.id (28/9).

Budi Karya Sumadi explained that he talked about support in ICAO and IMO as well as the desire to establish good relationships to increase capacity through the addition of connectivity with the Singapore delegation. He also explained that he had discussed the Kuala Namu and Kuala Tanjung projects with the Chinese delegation.

"Together with China, we discussed many projects, especially projects in North Sumatra, which are Kuala Namu and Kuala Tanjung. Both projects are already in progress, so if there is an investment there will be no pause or the project goes on. In particular, I also convey China to accelerate the rapid rail project," he said.

Together with the Hungarian delegation, the cooperation discussed in the field of education, as well as with the EU delegation related to the relationship between Indonesia and Europe. "The Hungarian delegation discussed the cooperation in the field of education, Hungary also gave a proposal to handle the train, flight and bus manufacturer, while with the EU, the matter related to the improvement of flight functions from Indonesia to Europe," he explained.

The Transportation Minister is pleased that Indonesia's infrastructure projects offered by ASEM TMM receive the appreciation and support from ASEM member countries.

"The effort to offer Indonesia's infrastructure projects is well received, we are appreciated internationally because we offer the project with a clear proposal for an exhibition, publish the book of investment transportation opportunities in Indonesia and the depth of studies that have been implemented," concluded Budi Karya Sumadi.