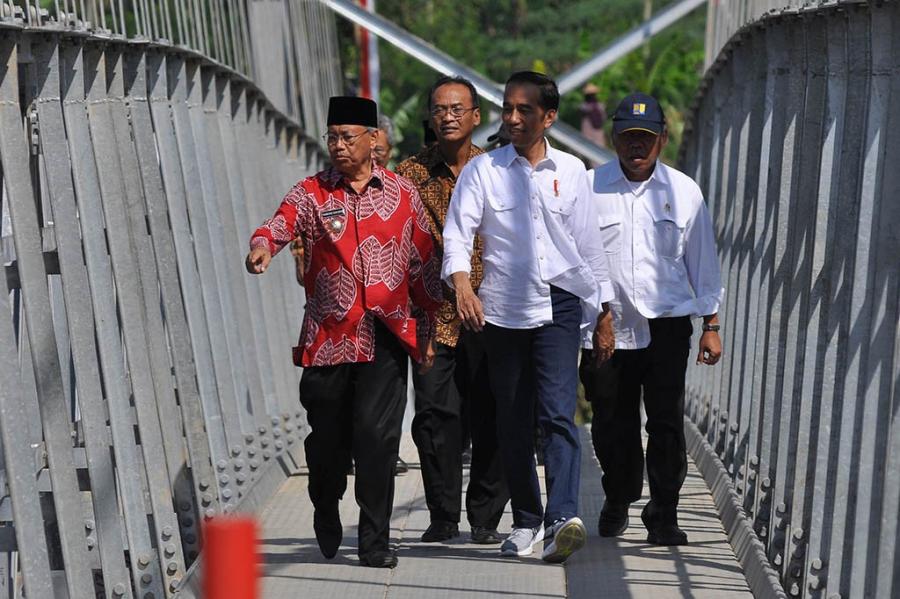 The government is reviewing numbers of infrastructure projects, especially projects with a high dependency on imported raw materials. President Joko Widodo or Jokowi asked to evaluate the details of the projects using the imported raw materials. "It must be detailed, which goods are strategic and which ones that could be temporarily stopped, reduced, or lowered," he said in a meeting at the Bogor Palace, Tuesday, July 31, 2018, as reported by fokus.tempo.co.

From that effort, Jokowi sets a quite high saving target. According to him, if the evaluation of "import solid" projects success, the country can save US$21 million every day.

According to the Central Bureau of Statistics (BPS), import increases occurred during the first half of this year and led to a deficit trade balance. The highest import components are raw materials for infrastructure projects, including iron, which increased to 39 percent, and imports of machinery and electrical appliances, which increased to 28 percent in May 2018.

The high usage of imported materials and foreign exchange in infrastructure projects also impacted the financial performance of state-owned enterprises or SOEs, particularly to those who are working on large assignment projects. The data from the Ministry of State-Owned Enterprise (BUMN) states that state-related toll-road debt rises 54.05 percent in 2014-2017, followed by asset and equity growth of 53.29 percent and 51.17 percent respectively.

Minister of Transportation Budi Karya Sumadi said that he will evaluate several projects, such as Port of Patimban and Jakarta-Surabaya fast train. "It is not possible for us to stop the ongoing projects," he said. According to Budi, fast train project uses imported components more than 20 percent. "We will try to improve the usage of domestic components so that the import rate can be reduced up to 10 percent," he said.

Finance Minister Sri Mulyani Indrawati said that it is fine to delay the implementation of several infrastructure projects for several years. "We want to ensure that these projects remain important and urgent, so they can be postponed to the upcoming year," he said.

Sri Mulyani continued, the government is also committed to reduce the import of fuel oil and increase the use of B20 or 20 percent biodiesel mix fuels which produced domestically. Bank Indonesia Deputy Governor Dody Budi Waluyo said the delay could help to reduce the current account deficit, which expected to be US$25 billion this year.

“However, the investment and economic growth will be slower from the estimated time,” he said. He hopes the Government is very selective in postponing the projects. “For example on projects that are yet to have foreign exchange funding sources for import,” he said.