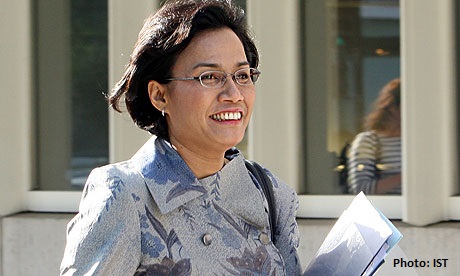 JAKARTA - The Central Government Financial Report (LKPP) of the Supreme Audit Agency (BPK) which received Proper without Exception (WTP) opinion status and the investment grade rating from Standard & Poor's received the appreciation of many parties, one of them is the Finance Minister of the Republic of Indonesia Sri Mulyani Indrawati.

According to Sri Mulyani, the new status makes Indonesia has a positive image for investors to invest. This was stated after the Limited Meeting at Bogor Palace.

"With this upgrade, many investors now think that Indonesia is a very positive place to invest," said Sri Mulyani as reported from setkab.go.id (245/2017).

More details Sri Mulyani explained that in the Limited Meeting President Joko Widodo emphasised how the government remains focused on inclusive economic policies, namely investment in infrastructure and industrial development, which can create employment opportunities for the community.

"Is that in the field of large infrastructure outside Java Island such as in North Borneo, North Sumatra, North Sulawesi, and those on the island of Java and other islands including Papua," said Sri Mulyani.

Sri Mulyani believes this is done in order to build the momentum of Indonesia's economy for economic growth close to 6 percent can be achieved for this year and next year.

"What foreign investors are doing is to build Indonesia, not to threaten Indonesia," said Sri Mulyani, adding that the aspects of employment and investment are important in order to build up Indonesia which is still lagging behind in the infrastructure sector if compared to some countries that are at the same level.