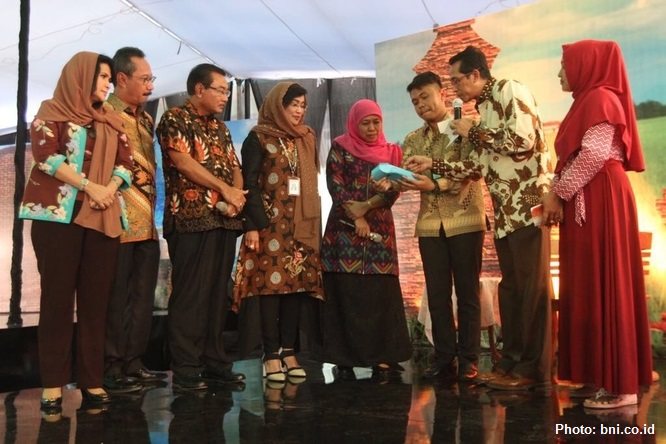 MOJOKERTO - The channelling of Cash Non-Cash Donation by the government has now entered a new phase with the first use of Electronic Data Capture (EDC) that are not connected to telecommunications networks or offline. This step is a follow-up to the revolution of non-cash social donation in Indonesia because, with EDC Offline, the distribution of social donation will not be constrained by the limitations of telecommunication networks in remote areas.

Khofifah Indar Parawansa stressed that Indonesia is one of 72 countries in the world who succeeded in a revolution in the non-cash social donation channelling system, that is successfully channelling aid using Keluarga Sejahtera Card (KKS) which not only serves as Savings but also has e-Wallet. Another achievement is, the development of the card does not burden the State Budget (APBN). Various revolutions were the first in the world, where Indonesia is a pioneer among 72 other countries that also run Conditional Cash Transfer (CCT) program.

"This is also an achievement of state-owned banks, and shows that the children of the nation are also able to make the distribution of this non-cash social donation," she said in the official BNI Press Release (25/10).

Khofifah asserted, by cards that are combo or multifunctional, a social donation that can be served by KKS will continue to be developed. Currently, KKS has been able to become the target of PKH Social Donation and Non-Cash Food Assistance. However, with e-Wallet function, a social donation that can be accommodated in 1 card can be developed, for example, to accommodate subsidy of LPG 3 kilogram, until electricity subsidy.

"Himbara is ready to continue supporting the government's program in distributing non-cash social donation, a special appreciation for BNI who developed the Android-based Platform on EDC Offline which is being tested today. With EDC Offline, the area that is still limited by the telecommunication service provider coverage can be touched by non-cash social donation," she said.