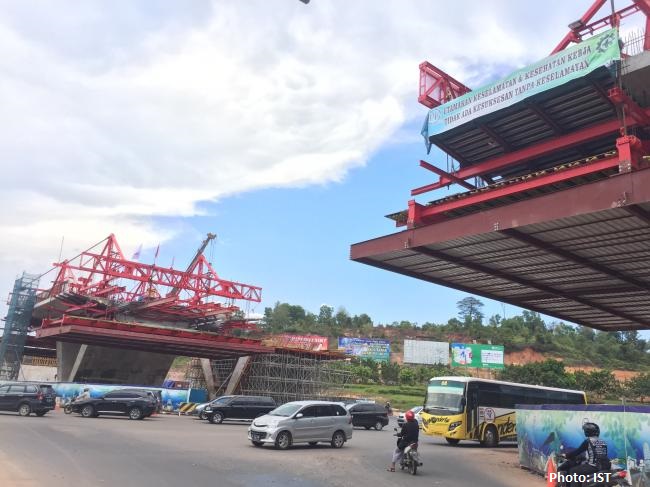 BATAM - The development project of the Simpang Jam Flyover continues to be accelerated to improve infrastructure in Batam and reduce the congestion that often happens in the city. Batam Enterprises Agency (BP Batam) aims to finish the project by the end of this year according with previous planning.

Purnomo Andiantono as Director of Promotion and Public Relation of BP Batam said the construction of the flyover project has reached 70 percent of its completion.

"After Lebaran yesterday, the progress was at 68 percent, so according to current estimates its development has reached 70 percent. Because the work process continues to be done" he said as reported from sindobatam.com (18/7/2017)

Purnomo added, to finish the project right on time, the working process is 24 hours a day. The project workers work alternately according to the designated working shift. Thus the development will run effectively and completed on time.