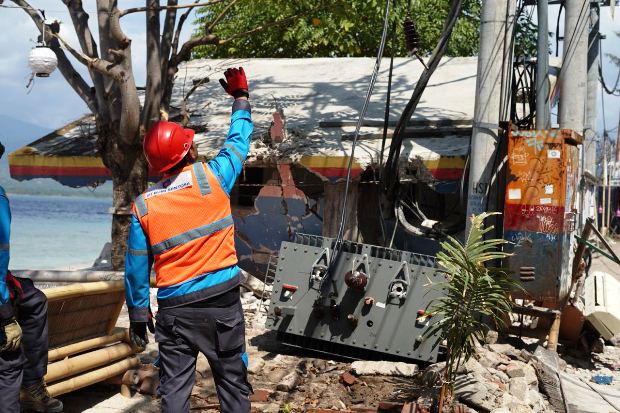 President Director of PT PLN, Sofyan Basir, ensured that his side has sent on-site personnel to help the recovery process in Lombok. He said that 70% of electrical infrastructure in Lombok has recovered.

“As soon as possible, we also have participated for food and electricity aid. We have been there. 50 locations remaining,” Sofyan said at PLN Head Office, Jakarta, as reported by tribunnews.com.

On the same place, Business Director of PLN in East Java, Bali, and Nusa Tenggara Region, Djoko R Abumanan, said that the whole electrical system in Bima, Lombok, and Sumbawa have gradually recovered, but it was disturbed by the following 6,9 SR earthquake that happened last Sunday night.

“Bima, Lombok, and Sumbawa have gradually recovered,” he said.

Djoko added that Electric Steam Power Plant (PLTU) is more vulnerable to an earthquake because it is built separately. It also affected the electrical system recovering, costing it to take 8 hours to be done.