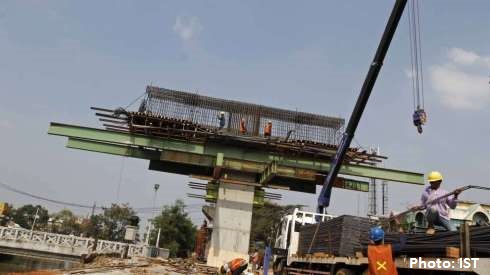 JAKARTA - The focus of Indonesian Government in developing infrastructure has impacted to the increase of land and property prize in Bekasi region. Toll access became one of the superiority of Bekasi region, and this will be strengthened by the existence of Light Rapid Transit (LRT) which now still under construction.

"The construction of infrastructure in east Jakarta Corridor like Becakkayu toll road and LRT which planned to cross Ahmad Yani corridor in the city of Bekasi has increased the land and property prize in the development area. Moreover, access toll of West Bekasi and East Bekasi already exists since a long time ago," said Ali Tranghanda, CEO of Indonesia Property Watch reported from Liputan6.com, Thursday (14/12/2016).

Based on research by Indonesia Property Watch (IPW) stated in the second quarter 2016, the Bekasi area reached the highest occupancy growth in demand compared to Jakarta, Bogor, Depok, Tangerang. With the lower class market segmentation by 59.17 percent, medium class by 34.66 percent and the upper class by 6,17 percent.