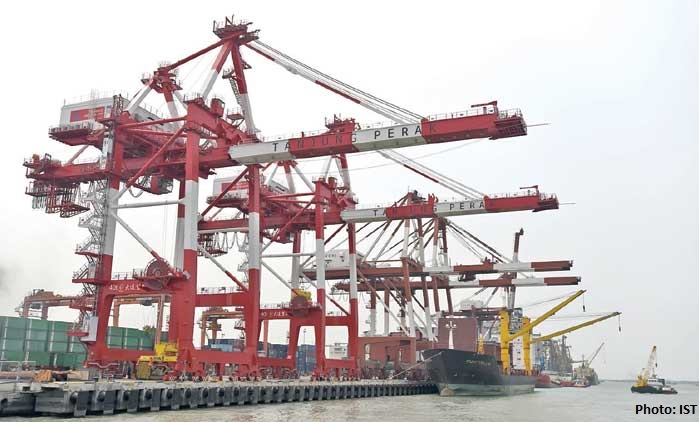 Dothy as the President Director of PT TPS describes the addition of three CC to provide faster service and facilitate the flow of exports and imports as well as the national logistics flows, especially in East Java and Eastern Indonesia.

As reported from bumn.go.id (01/23/2017) Dothy explains, "With the presence of three new CC units, TPS will have a total of eleven CC electrically powered for the international dock and three units of CC for the domestic dock."

CC Specifications which manufactured by Konecranes, one of the heavy equipment companies from Finland which claimed as the biggest CC in Tanjung Perak Port because it can reach 16 rows or the equivalent length of 46 meters, so it can be used to the serve ship with Post Panamax type.

Kartiko Adi, Engineering Director of PT TPS explains, "Currently three new crane had been brought by MV. CY Interocean I, Marshall Island flagged and scheduled to arrive at TPS Dock on Tuesday (31/1), with notes, there are no weather barriers during the trip to the TPS Dock."

Furthermore, Kartiko explained that the process of the three crane units loading takes approximately five days and then will be testing and commissioning for a month. "So the new crane will be fully operational to serve an international ship around the month of March 2017," he added.