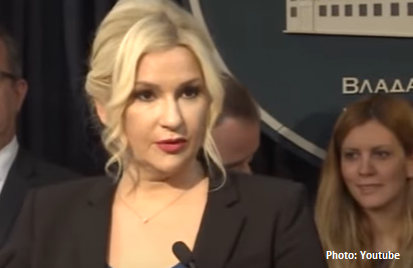 BEOGRAD - Serbian Government has a plan to develop many infrastructure projects in 2017. Explained by The Minister of Construction, Transport and Infrastructure, Zorana Mihajlovic, Serbia will investing up to 977,7 million Euros in infrastructure works.

As reported from Serbianmonitor.com, today (4/1/2017), Zorana Mihajlovic also invited all domestic construction companies to participate in tenders and prepare for working on infrastructure projects.

"Get ready, and get together if necessary, for the major infrastructure projects that await us this year. What we require for the money we invest is quality and adhering to deadlines," said Zorana Mihajlovic.

Zorana Mihajlovic also underlined that, according to the contracts concluded with several Chinese companies, the construction of a segment of the Belgrade bypass is expected to start this year, as is the construction of the Surcin-Obrenovac motorway segment and the Belgrade-Budapest railway track. The total value of the mentioned projects is 734 million Euros, and domestic contractors can count on half of this amount.

As Mihajlovic says, a total of 153 million Euros will be invested in the continuation of rehabilitation of 1,100km of regional roads and maintenance of state roads of the first and second order. Mostly domestic companies have been hired to execute these works.