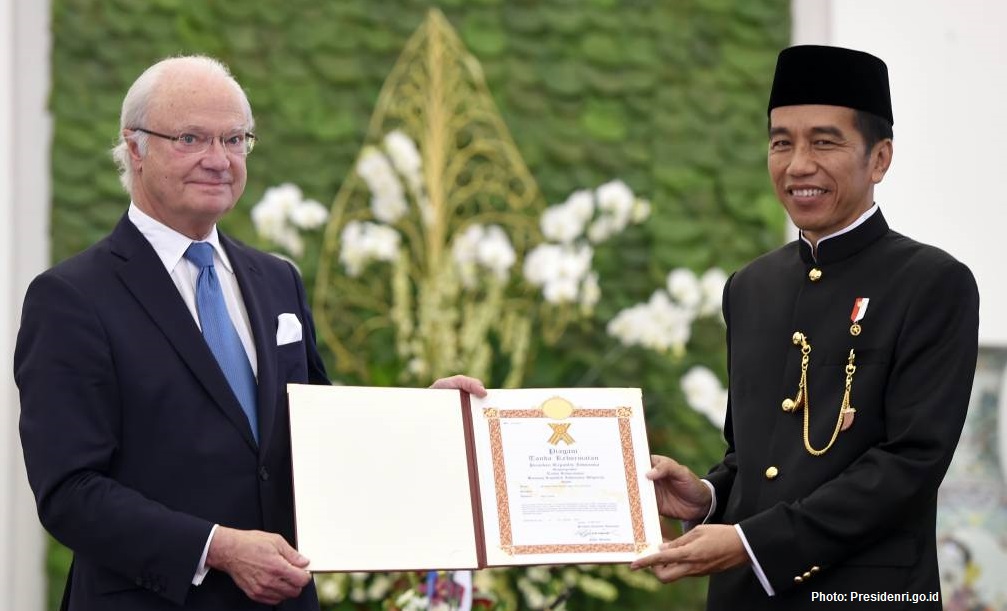 BOGOR - King of Sweden Carl XVI Gustaf praised the Indonesian government's ongoing infrastructure development. The policy that was launched since the beginning of the reign of President Joko Widodo (Jokowi) and Jusuf Kalla mentioned as the best investment for the future of Indonesia.

This was stated by King Carl XVI Gustaf during a press conference with President Joko Widodo at Bogor Palace, West Java. The presence of the Sweden King was accompanied also by the Queen of Silvia.

"Currently Indonesia is making an excellent investment for the future, such as infrastructure development and energy development. This is an opportunity for us to be able to work together," said King Carl as reported from Presidenri.go.id (05/23/2017).

President Jokowi explained that Sweden is the largest trading partner for Indonesia in the Nordic region or Scandinavia. one of them marked by the number of investments that have been issued by Sweden in 2016 yesterday.

"Sweden's investment figure increased by more than 1,400 percent in 2016 compared to 2015. The number of tourists also increased 15 percent in 2016 and it is the largest visit from the Nordic countries," said President Jokowi.

He also explained the bilateral cooperation agenda of both countries by saying, "His Majesty King King Carl Gustaf of 16 also discussed efforts to develop cooperation in the field of renewable energy through concrete cooperation. King of Sweden accompanied by 35 business delegates and will be held Indonesia-Sweden Executive Forum. "