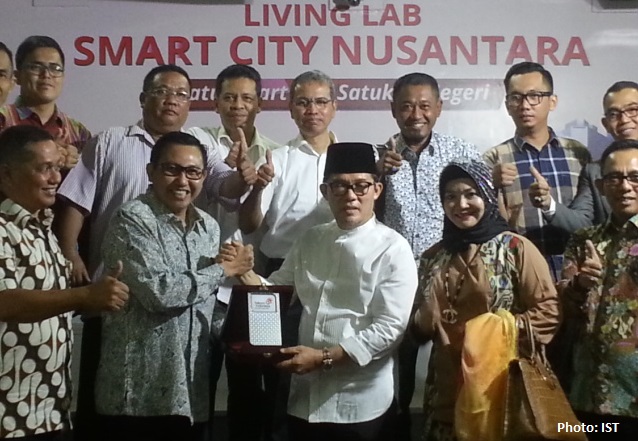 JAKARTA - PT Telekomunikasi Indonesia Tbk (TELKOM) as State Owned Enterprises (BUMN) support the implementation of Smart City Nusantara in the city of Dumai, Riau Province. With the excellence and superiority infrastructure, Telkom optimistic to support the realization of the smart city concept in Dumai.

Telkom surely has various completed infrastructure, and one of them is the fiber optic network which recognizes as the fastest and superior which may last up to 25 years. One of the implantation location of Telkom fiber optic network is under the sea of Dumai, Riau.

"Benefit of this Smart City implementation is the region could be skimp the budget in a year which amounted around 1 Trillion Rupiah, and it already feels also by the city of Bandung. Hence, we urges some areas in Indonesia to implement this thing," said Rosyidul Umam Aly, Regional Account Director Divisi Government Service PT Telkom Indonesia, as reported from riaumandiri.co, today (11/1/2017).

Mayor of Dumai, Zulkifli As explained that he already visiting Telkom Dumai some time ago to assess the application of Smart City. The Government wants to give the best service for the people in Dumai. Zulkifli As also has visit Plasa Telkom Office in Jakarta to do the Memorandum of Understanding (MoU) between himself as the mayor of Dumai with Smart City Nusantara (SCN) Plasa Telkom Jakarta.